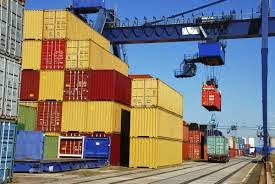 -----  A requirement for a financial guarantee to be established in the transit country by the party responsible for the transit operation to meet possible claims by the Customs, coupled with

-----  Physical measures taken by the Customs to verify that the goods are eventually re-exported.

Under the TIR guarantee system, each contracting party designated a national guaranteeing assosiation, which undertakes to act as a guarantor for all TIR carnets used for transit on the territory of the country,

Regardless of whether the carnets have been issued by the association itself or by association of other countries which are parties to the TIR Convention.

All these associations form a chain in which members are linked to each other through an International Organization, which is the International Road Transport Union (IRU).

Reference to Customs Security Arrangements in the MT Convention was limited to the following .

-----  A financial guarantee, if required, should be provided to the satisfaction of Customs authorities under regulations in force in the transit country and under International Conventions.

-----  The guarantee should cover import/export duties and taxes chargeable, and in countries where they are covered by guarantees, any penalties due, and

-----  The system of guarantees should be simple, efficient and inexpensive.