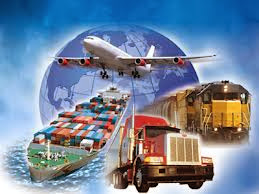 The Carrier's right , duties , responsibilities and  liabilities for carriage of such goods are governed and determined by applicable National Laws of such country in addition to various international conventions and regulations as amended from time to time , which are as follows .

1) CIM Convention  ( Convention Internationale Concernant le Transport des Merchandises Per Chemius de Fer ) This convention has , however renamed as essentially a European Convention .
2) COTIF (Latest Convention on Rail Transport )
3) The Economic Commission of Europe (ECE) Convention on Civil Liabilities for damage caused by Road , Rail and Inland Waterways , applies for claims ( other than claims arising out of any contract of carriage ) for damage caused during the carriage of dangerous goods by road , rail and inland waterways .

The Hague Rules , The Hague Visby Rules and The Hamburg Rules 1978 .

The Warsaw Convention , 1929 as amended from time to time .

Classification of Dangerous Goods by Air :-

Dangerous Goods are divided into 9 classes and have been arranged for convenience by the type of hazard involved . They are :